Approximately 15 percent of married couples have not had sex in the last 6 to 12 months or longer.

This statistic resonates with a lot of couples, and a poor sex life can have a significant impact on the quality of their marriage and relationship.

Answered below are some of the most commonly asked questions regarding a sexless relationship and its effect on both men and women.

What Is a Dry Marriage?

A dry marriage is also known as a sexless marriage. These are marriages in which sexual frequency is very low or entirely absent.

For a marriage to qualify as a dry marriage, most experts agree that there must be no sexual activity for 1 year or longer.

Short-term cessations — a couple of weeks or even a couple of months — do not technically indicate a sexless or dry marriage. At the same time, though, a lack of sexual activity can still create problems with married couples.

How Important Is Sex in a Marriage?

Sexual intimacy is an important part of most marriages. Higher rates of sexual activity have been linked to a variety of positive outcomes, both physical and emotional.

Researchers with the Journal of Health and Social Behavior revealed that more frequent sexual activity can reduce stress and contribute to lower blood pressure and a decreased risk of cardiovascular disease.

When it comes to overall relationship health, sex and physical intimacy also matter a great deal.

An article in the journal Sex and Marital Therapy shows that having sex often can lead to more affection between partners. Another study published by the Archives of Sexual Behavior shows links between frequency of sex and overall relationship satisfaction. 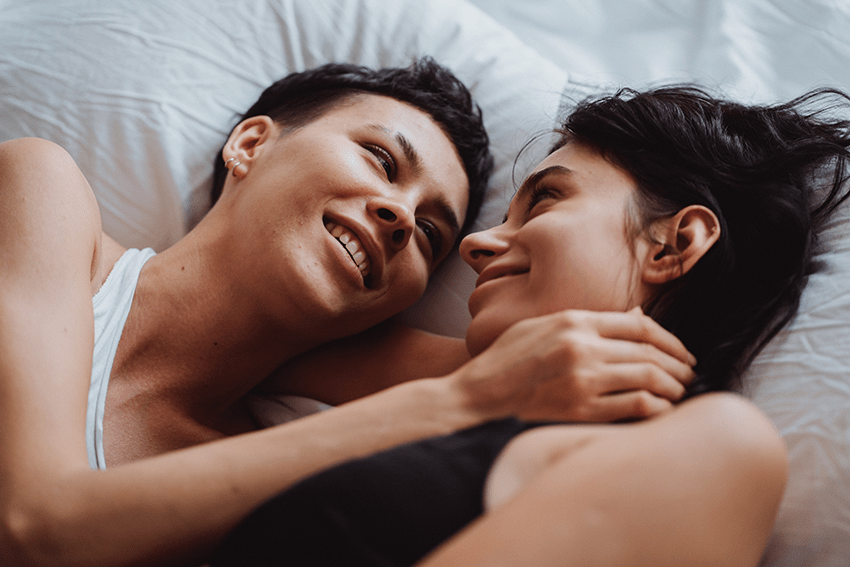 How Common Are Sexless Marriages or Dry Marriages?

Some research shows that between 15 and 20 percent of married couples are in a true sexless marriage (no sex for at least 1 year).

Another survey conducted by Relationships in America shows that 12 percent of all married people aged 18 to 60 had not had sex for at least 3 months. These couples are not technically in dry marriage territory — yet — but they could be on their way.

In contrast, the average married couple has sex 60 times a year — or a little more than one time per week — according to research conducted by sex therapist Barry McCarthy.

Can You Be Happily Married and Not Have Good Sex?

As the research linked above shows, regular sex can increase affection and relationship satisfaction for many couples. At the same time, though, frequent sex and a healthy sex life are not necessarily prerequisites for a happy and long-lasting marriage.

If both partners are content with a lack of sex and can connect in other ways, there is a possibility that they can stay married and maintain a positive relationship long-term.

Marriages can work without sex particularly if there is a strong friendship foundation between both partners.

According to Lexx Brown-James, a Licensed Marriage and Family Therapist, couples with a friendship foundation must be able to find pleasure without physical intimacy. This might include being able to celebrate joyous occasions together, being affectionate in non-physical ways, and being supportive of one another’s life journey.

Can Marriage Be Sustained Without Sex?

A marriage can be sustained without sex if both partners are content with the situation.

For example, if they both experience low sex drives, if one person has a medical condition that impacts their ability to have sex, or if one person has a disability, the two can find other ways to build a strong relationship and keep their marriage alive.

There are lots of ways that couples can build closeness and strengthen their relationship without sex, including the following:

It’s important to emphasize, too, that both partners have to agree that they are okay with a lack of sex in their marriage.

If one person is unsatisfied with the amount of sex they’re having and the other partner doesn’t know or doesn’t care, this could contribute to serious problems — such as resentment, contempt, or infidelity.

Can Sexless Marriage Be a Reason for Divorce?

A sexless marriage could certainly be a reason for a couple to get divorced. There are lots of reasons why a marriage may become sexless, including the following:

If any of these issues are affecting one or both partners, they could eventually contribute to the breakdown of the marriage. This is especially true if both partners are not committed to putting in the effort required to resolve the problem(s).

For example, if one partner refuses to get help for their anxiety or depression, even though it is affecting their sex drive and sex life, this may create resentment in the other partner. As a result, that partner may decide to seek sex somewhere else.

Before divorcing a partner, consider Discernment Counseling if you are not sure about whether you want to do Couples Counseling or not.

Is It Possible to Revive a Sexless Marriage?

A marriage might be dry right now, but that doesn’t mean that it has to stay that way. It is possible to revive a sexless marriage if both partners are committed to finding a solution.

Often, the solution involves working with a professional, such as a sex therapist or another licensed mental health professional.

Both partners should also be willing to undergo health checks to find out if a physical condition is contributing to their low sex drive. For example, if a woman is going through menopause, she may find that she does not want to have sex often. The same may be true for a man who has low testosterone.

In most cases, it takes time to revive a dry marriage. However, with patience and dedication, many couples have found success in bringing sex back into their relationship — especially when they work with the right professionals and commit to the process.