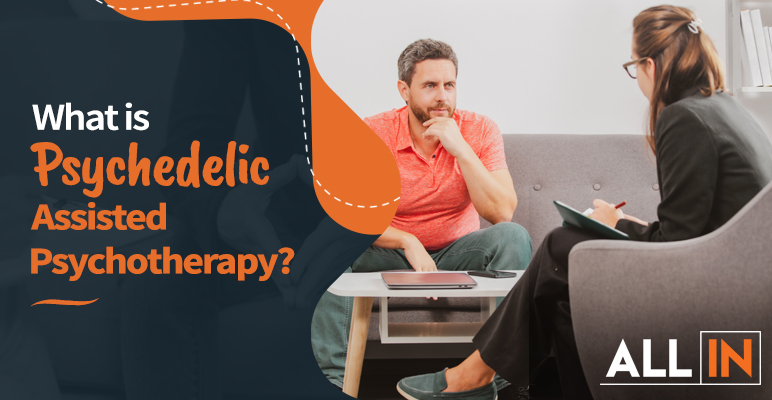 What is Psychedelic Assisted Psychotherapy (PAT)?

Early research on psychedelic-assisted therapy (or PAT) looks very promising. A new study published by COMPASS Pathways even showed that 30 percent of people were in complete remission from their depression symptoms after just 3 weeks of treatment.

With new information coming out about psychedelic experiences and their impact on mental illness, lots of people are now wondering about these drugs and whether or not they could benefit them.

For those who are curious, some frequently asked questions about psychedelics and psychedelic-assisted therapy are answered below.

What Are Psychedelics, and What Are the Different Types?

Psychedelics are psychoactive substances that can alter perception, mood, and cognitive processes. A psychedelic substance may also be known as a serotonergic hallucinogen.

Several different types of drugs fall under the umbrella of “classic psychedelic” drugs, including the following:

MDMA acts as both a stimulant (meaning it has an energizing effect) and a hallucinogen (meaning it can distort perception and one’s sense of time). It can also act as an entactogen. The study published by the journal Neuropsychopharmacology defines entactogens as drugs that increase a person’s sense of empathy and self-awareness.

Psilocybin is a hallucinogenic chemical found in certain types of mushrooms (sometimes referred to as magic mushrooms). Psilocybin has been shown to produce feelings of euphoria and sensory distortions that are similar to those produced by hallucinogenic drugs like LSD.

Psilocybin activates the serotonin receptors — primarily those in the prefrontal cortex, which affect one’s mood, cognition, and perception. It can also activate regions of the brain that regulate arousal and panic responses.

Ketamine is a type of drug known as a dissociative anesthetic. Research published by the journal Pharmacological Reviews also suggests ketamine works by binding to the N-methyl-D-aspartate (NMDA) receptor in the brain and blocking the neurotransmitter glutamate.

Ketamine also has partial effects on other neurotransmitter receptors in the brain. This includes the receptors for opioids, serotonin, gamma-aminobutyric acid (or GABA), and dopamine.

LSD (short for lysergic acid diethylamide) is a mind-altering drug that affects serotonin levels and changes one’s mood, behavior, and the way they relate to the world. It’s known colloquially as acid and is made from a substance found in the fungus ergot.

LSD is considered to be a very strong hallucinogen. Because of its impact on serotonin levels, some early research suggests that it could be beneficial to those struggling with depression and other mental health conditions.

How Are Psychedelics Administered?

When they’re used in therapeutic and clinical settings, psychedelics can be administered in several different ways. They’re most often administered orally, in the form of a tablet or capsule, or via injection.

Psychedelics are typically administered over several sessions, too, before patients experience notable results.

Psychedelics are administered by someone with medical training including Physicians, Anesthesiologists, Nurse Practitioners, Psychiatrists, or others that can prescribe and provide mental health medication. Therapists, psychologists, and counselors cannot administer psychedelics, but can be present during their administration.

How Are Psychedelics Used in Therapy?

The concept of psychedelic-assisted therapy is still quite new. As such, there is a lot of confusion regarding how psychedelics are used to treat various mental health conditions like depression and anxiety.

Every professional uses a slightly different approach when practicing psychedelic-assisted therapy. However, they typically go through the following three phases:

In general, any type of therapy or treatment that involves psychedelics should begin with a thorough consultation.

Practitioners do this to understand the patient’s background, symptoms, and goals for treatment. The consultation also helps them ensure the patient does not have any contraindications that would make them a bad fit for psychedelic-assisted psychotherapy.

Some examples of potential contraindications include:

After the consultation, if a practitioner decides that a patient is a good fit for treatment, they will create a treatment plan and begin administering the psychedelic.

The specific drug used — as well as the dosage and the duration of the treatment — will vary depending on many factors, including the patient’s diagnosis, symptoms, goals, and what’s legal in the patient’s location.

It’s important to emphasize that psychedelic-assisted therapy involves more than simply administering psychedelic drugs and waiting to see what happens.

In addition to consuming psychedelic drugs, the patient also works closely with a therapist to interpret and integrate the meaning of their psychedelic experiences. A variety of therapies can be used alongside psychedelics, including somatic therapy, transpersonal therapy, gestalt therapy, EMDR, and hypnosis. 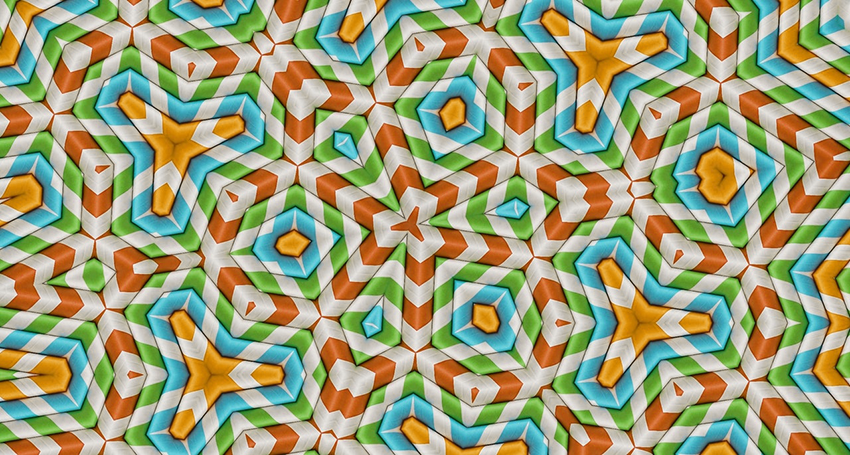 Researchers are currently looking at the effects of psychedelics on those with certain mental health conditions, including the following:

An anxiety reduction is a frequently cited benefit of psychedelics and psychedelic-assisted therapy.

This benefit likely has to do with the fact that psychedelics influence the serotonin receptors and may increase serotonin production or availability. This is similar to the effect of drugs like SSRIs (selective serotonin reuptake inhibitors), which are commonly prescribed to those who struggle with anxiety disorders.

On a similar note, the influence that psychedelics have on the serotonin receptors and serotonin levels may also help to combat symptoms of depression. For those who struggle with severe, treatment-resistant depression, in particular, psychedelics like ketamine and psilocybin have shown promising results.

Psychedelic treatment options like MDMA-assisted therapy have also been shown to be beneficial when it comes to treating post-traumatic stress disorder (or PTSD).

According to the American Psychiatric Association, PTSD is a disorder that affects those who have experienced or witnessed a traumatic event. It’s characterized by flashbacks and intense, disturbing feelings that last far beyond the duration of the event.

Many people who struggle with PTSD experience severe symptoms like nightmares, mood swings, difficulty concentrating, and reckless behavior. They can be more prone to substance abuse issues, too, as they may turn to drugs or alcohol to help minimize their symptoms.

Psychedelics may benefit those who are struggling with addiction and substance abuse issues (whether they’re brought on by PTSD or another condition).

Psychedelics can be beneficial in these cases because they alter one’s perception and disrupt their thinking processes. This includes interrupting the ruminative and habitual behaviors those who struggle with addiction tend to experience.

Is There Research Behind PAT? Is it Safe?

At this time, research on psychedelics and psychedelic-assisted therapy is somewhat limited. The research that does exist, however, seems positive and does seem to indicate that it is safe — especially when compared to situations in which someone takes psychedelics on their own that they’ve purchased from dubious sources.

The breakthrough therapy designation is one of the FDA’s expedited drug development pathways. Eligibility depends on several factors, including a sponsor’s ability to prove that the drug has the potential to treat serious and life-threatening conditions.

In 2017, the FDA granted this designation for MDMA-assisted psychotherapy, specifically to treat PTSD.

Over the last few years, several noteworthy studies on psychedelic-assisted psychotherapy have yielded promising results. Some of them are linked and described below:

This phase 3 trial evaluated 90 participants and revealed that, compared to those who received a placebo, those who were treated with MDMA experienced significant benefits. The study also revealed that the treatment was safe and well-tolerated, even in participants who had comorbidities.

This study followed 54 participants over a period of 12 days, then checked back in with them after a 6-month post-treatment period. The participants who received repeated ketamine infusions experienced more significant improvements in their depression symptoms compared to those who received the placebo.

The results of this mouse study showed that a mid-range dose of LSD administered to stressed mice could prevent anxiety-like behaviors. It also prevented existing behaviors from worsening. The researchers found that low-dose LSD activated the transmission of serotonin, too.

This study observed 15 patients who smoked an average of 19 cigarettes per day for 31 years and had failed 6 times to quit.

All participants received 15 weeks of structured treatment, including cognitive-behavioral therapy and psilocybin administered once during week 5, week 7, and (optionally) week 13. Six months after the study ended, 80 percent of the participants were still not smoking.

How Do I Find a Practitioner That Does PAT?

Here are some tips that may be helpful in their search:

It can also be helpful to schedule a consultation call with a therapist who practices PAT before booking an appointment. During this call, ask about the practitioner’s experience with psychedelics, as well as whether they’ve successfully helped patients who struggle with your particular set of symptoms.

Is PAT Covered by Insurance?

Because psychedelics are controlled substances, psychedelic-assisted psychotherapy is not covered by insurance companies. This means you’ll need to pay out of pocket for your treatment.

The price of psychedelic-assisted treatment is one of the most significant barriers to those who are interested in what it has to offer. Treatment can easily cost thousands of dollars, and without insurance assistance, it may be inaccessible to many people who could benefit from it.

As more research comes out revealing the benefits of psychedelics for mental health treatment, more options may become available for those who find the cost to be prohibitive.

Some practitioners may also offer sliding scale programs for those who can’t afford but could benefit from psychedelic-assisted therapy.

What Are the Potential Harms of Psychedelics?

As is the case with any type of therapy or medication, there are some potential side effects associated with using psychedelic-assisted psychotherapy for the treatment of mental health challenges.

The following are some of the most well-known and common side effects of psychedelics like LSD, ketamine, psilocybin, and MDMA:

It’s important to note, too, that many of these side effects, as well as more severe ones, can be avoided when the patient undergoes a thorough consultation before treatment. This is also the case when the practitioner takes the “set and setting” into account.

Do Dating Couples Do Couples..