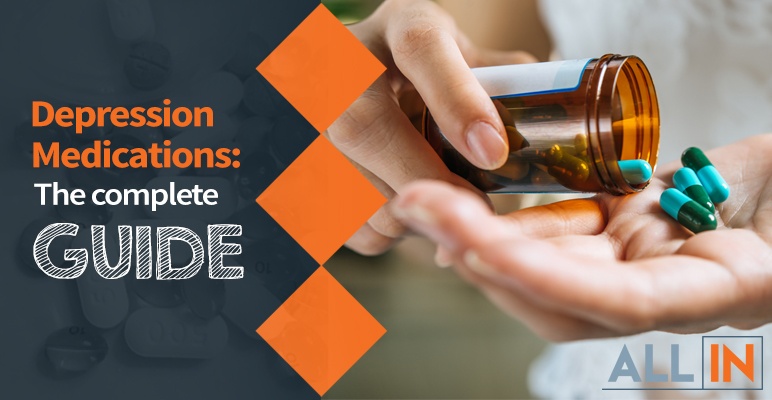 According to the Centers for Disease Control, antidepressant use is on the rise throughout the United States, among both men and women.

For those who are struggling with Major Depressive Disorder (also known simply as depression), antidepressant medications can be a crucial component of their treatment plan. Even though they’re being used more frequently, though, there are a lot of misconceptions about antidepressants, what they do, and how effective they are.

Listed below are some of the most common questions patients have about antidepressants, with answers.

According to the National Institute of Mental Health, some people also experience physical ailments as a result of depression. For example, they may struggle with aches and pains, headaches, or digestive problems that don’t get better with conventional treatments. Antidepressants can often help to minimize or eliminate these issues.

Antidepressants first came on the scene in the 1950s. These drugs have come a long way since then, though, and more people than ever have started taking them for help with their mental health challenges.

What Are the Different Types of Antidepressant Medications, and How Do They Work?

There are several different types of antidepressants that one can use to manage their symptoms and improve their quality of life. Listed below are some of the most common types, along with a breakdown of how they work:

Selective Serotonin Reuptake Inhibitors (or SSRIs for short) are the most popular antidepressant medication on the market. Some examples of SSRIs include sertraline (Zoloft), fluoxetine (Prozac), and citalopram (Celexa).

According to this report published by Stat Pearls, SSRIs help to increase levels of the neurotransmitter serotonin in the brain. Serotonin is a chemical messenger that plays a key role in mood regulation.

Another popular type of antidepressant is Serotonin-Norepinephrine Reuptake Inhibitors (or SNRIs for short). SNRIs influence the levels of serotonin in the brain, like SSRIs, but they also have an impact on levels of norepinephrine.

Norepinephrine acts as both a neurotransmitter and a stress hormone. It plays a key role in memory formation, concentration, and focus. For those whose depression symptoms cause difficulty focusing and staying alert, an SNRI may be a better choice than an SSRI.

SSRIs and SNRIs are the two most commonly used types of antidepressants. For those who don’t respond well to these medications, though, there are other options, including atypical antidepressants.

Tricyclic antidepressants (or TCAs) are a less common, older type of antidepressant. They work by increasing norepinephrine and serotonin levels, by they also block the action of another neurotransmitter known as acetylcholine.

This study published in Current Opinion in Neurobiology reveals that high levels of acetylcholine have been linked to increased rates of depression and anxiety in some individuals. By lowering these neurotransmitter levels while also increasing serotonin and norepinephrine availability, some people have found significant relief from their depression symptoms.

Examples of tricyclic antidepressants include amitriptyline (Elavil) and clomipramine (Anafranil).

Monoamine Oxidase Inhibitors (or MAOIs) are another type of older antidepressant.

These antidepressants inhibit an enzyme known as monoamine oxidase, which has been shown to decrease levels of serotonin, dopamine, and norepinephrine in the brain. By blocking this enzyme, people struggling with depression can experience higher levels of the neurotransmitters that support their mood and minimize their symptoms.

Examples of MAOIs include rasagiline (Azilect) and selegiline (Eldepryl).

What Is the Most Effective Anti-Depressant?

There’s not one specific type of antidepressant that is most effective for every single person with depression. After all, everyone’s experience with this mental illness is unique, so it wouldn’t make sense for there to be a one-size-fits-all or “best” solution.

That being said, SSRIs are generally the most popular option for those with depression (and anxiety. They seem to be the most effective for the greatest number of people when it comes to mitigating symptoms of depression. They also come with fewer side effects compared to other antidepressant medications.

Of all the SSRIs on the market, citalopram (Celexa) appears to be the most well-tolerated, according to an article published in The Primary Care Companion to the Journal of Clinical Psychiatry. Fluoxetine and sertraline are the next least problematic options.

There isn’t really one that’s better tolerated, it all comes down to pharmacogenetics and how each individual metabolizes the medication. Lexapro is may be better tolerated than Celexa, but Zoloft may be the most “gentle” option.

To speak more about what option is best for you, schedule a meeting with our Physician Assistant, Katey! 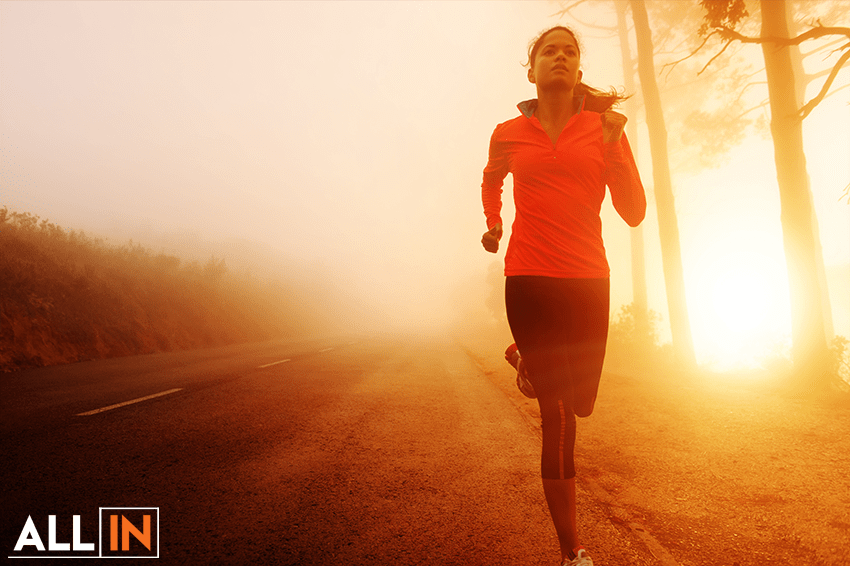 Should I Take the Medication Prescribed for Depression?

If a health care professional has prescribed someone a medication for depression, they can safely assume that they should take it as recommended.

This second point is especially important. Remember, consistent consumption helps the doctor and patient to determine whether or not a particular drug is a good fit for them.

If a patient ever has questions or concerns about an antidepressant or other type of medication, they should talk to their doctor for clarification. The doctor is there to assist and address their questions, so they shouldn’t worry about being a bother.

How long can Antidepressants be taken?

It often takes a couple of months before people with depression start to notice significant improvements from their antidepressant medications. Antidepressants are very powerful, but they’re also not a quick fix.

According to this article from Harvard Health Publishing, it’s best to stick with antidepressants for at least 6-9 months before considering going off of them. For those who have experienced 3 or more recurrences of depression symptoms within the last year, it’s recommended that they stay on antidepressants for at least 2 years before considering a different approach.

It’s important to note that those with depression should not consider discontinuing their antidepressants just because they’re feeling better. At a minimum, doctors recommend staying on them for at least 6-12 months after they’ve started noticing improvements.

Can I Take Antidepressants Forever?

For some people, the best approach to managing depression symptoms is long-term (or even perhaps a lifetime of) antidepressant use.

According to Dr. James Potash, the psychiatrist-in-chief at Johns Hopkins Medicine, this is especially true for those who have experienced several episodes of depression in the past. Those who have a history of suicidal ideations, suicide attempts, and residual depression symptoms (such as sleep issues) may also benefit from long-term, uninterrupted antidepressant use.

Can an Antidepressant Medication Make My Depression Worse?

Although they are, of course, designed as a treatment for depression, some antidepressants can make depression symptoms worse.

Some people, particularly those aged 24 and under, have been shown to experience increases in suicidal thoughts and behaviors when they start taking antidepressant medications. In 2004, the Food and Drug Administration (or FDA) even issued a “black box warning” on some antidepressants to make patients and their families aware of this issue.

This warning was based on a thorough review of clinical trials, which showed that several antidepressants had contributed to troubling side effects in younger patients.

Researchers also found, though, that no link was detected between suicidal thoughts/behaviors and patients older than 24 who were taking antidepressants.

For young patients who are worried about the negative ramifications of antidepressants, it’s important to consult a physician before taking these medications.

A prescriber can help these patients to evaluate their situation and make an informed decision about whether or not the risk is worthwhile for them.

What Questions Should I Ask My Doctor?

Even for those who are older than 24 and don’t face the same risk of potentially worsened depression, it’s still understandable to be wary of taking a new, mood-altering medication.

If a patient is on the fence about starting an antidepressant, they should consult their doctor. Here are some questions they might want to consider asking:

How Do I Know When I Need to Stop Taking My Antidepressant?

Most doctors recommend sticking with an antidepressant for at least 6-9 months before considering coming off of it or switching to a different medication.

There are some exceptions to this rule, though. For example, if a patient’s symptoms get worse and they start experiencing suicidal thoughts, they should consult their doctor right away about switching to a different antidepressant.

If, after 6-9 months, a patient isn’t noticing any improvements, they should also talk to their doctor about trying a new medication. This can also be an indicator that they’re dealing with treatment-resistant depression.

Treatment-resistant depression may need to be handled in other ways (besides medication). For example, a doctor might recommend extensive therapy, or they may look into another diagnosis besides depression.

What Is Antidepressant Withdrawal?

According to the American Academy of Family Physicians, antidepressant withdrawal or antidepressant discontinuation syndrome can occur when someone abruptly stops taking an antidepressant after being on it for at least 6 weeks.

Symptoms of antidepressant withdrawal include:

It’s important to note, too, that some antidepressant medications are harder to come off of “cold turkey” than others. This list includes SNRIs like duloxetine (Cymbalta) and venlafaxine (Effexor). SSRIs like citalopram (Celexa) and sertraline (Zoloft) can also be hard to give up all at once.

Are There Other Conditions That Antidepressant Medications Can Be Used to Treat?

Antidepressants are, naturally, designed to treat varying levels of depression. There are other mental health conditions that they can be prescribed to manage, though, such as anxiety disorders like Obsessive-Compulsive Disorder (or OCD), Generalized Anxiety Disorder, Post-Traumatic Stress Disorder (or PTSD), and Social Anxiety Disorder.

People with Bipolar Disorder can also benefit from antidepressant medication in some instances, as can those who struggle with chronic pain.

According to this article published in the journal Psychiatry, tricyclic antidepressants, in particular, are effective when it comes to chronic pain management. Experts aren’t entirely sure why they work, but they suspect that these drugs may be effective because they influence the production and availability of neurotransmitters that reduce pain signals transmitted through the spinal cord.

US Food and Drug Administration. (2004). Suicidality in children and adolescents being treated with antidepressant medications.