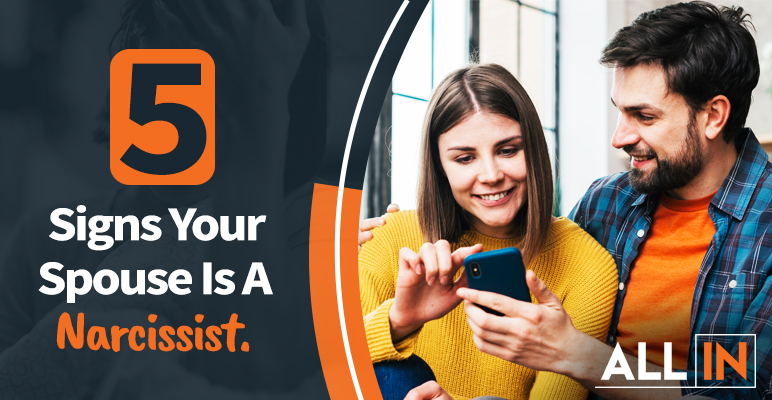 5 Signs Your Spouse Is A Narcissist

Narcissistic personality disorder (NPD) affects between 0.5 and 5 percent of the population in the United States.

NPD is a personality disorder and mental health condition characterized by patterns of grandiosity, a need for admiration, and a lack of empathy for others. People with NPD are often described as narcissists, and it can be very difficult to have healthy relationships with them.

If you suspect that you’re in a relationship with a narcissist, listed below are 5 signs of narcissism to watch for.

Note: This article is meant for information purposes only and is not a substitute for medical advice, diagnosis, or treatment.

Sign 1: They don’t care about how you feel
Sign 2: They don’t show interest in what is important to you
Sign 3: They can’t take criticism
Sign 4: They always have to be right
Sign 5: They don’t want to change their behavior when it is harming another

A key characteristic of narcissism is not caring about how others feel.

Narcissists typically lack empathy. This means they struggle to put themselves in other people’s shoes and consider their feelings.

The Diagnostic and Statistical Manual of Mental Disorders published by the American Psychiatric Association elaborates on this point. It emphasizes that narcissists are “unwilling to recognize or identify with the feelings and needs of others.”

This definition suggests that narcissists may be capable of empathy but are unwilling to empathize. This is beyond just establishing healthy boundaries, but being totally disconnected.

If someone is married to a narcissist or in a romantic relationship with them, they’ll find that their feelings are rarely — if ever — taken into account. It’s all about the narcissist, their feelings, and what they want. 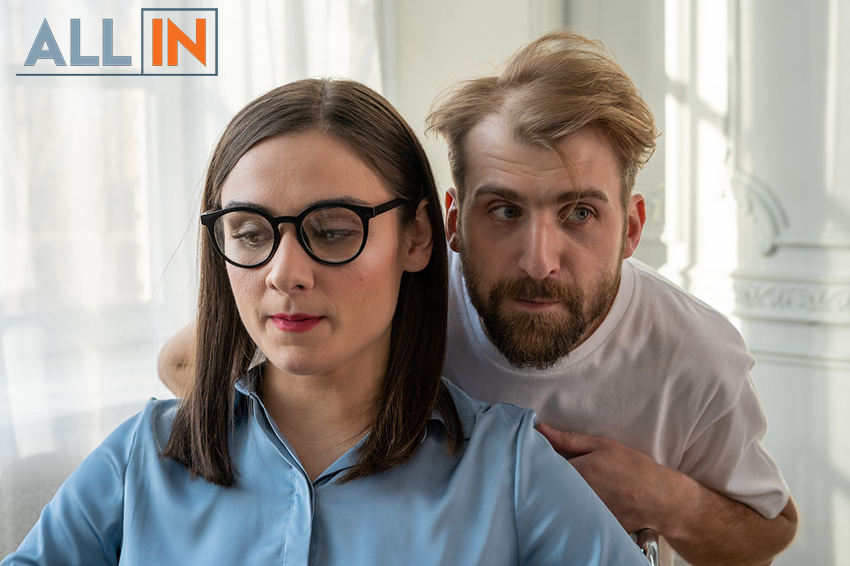 Sign 2: They Don’t Show Interest in What Is Important to You

Similarly, narcissistic partners also rarely show interest in what is important to their spouses.

Narcissists focus heavily on their interests and their need for superiority. They have an inflated sense of self and an obsession with achieving or maintaining a high status.

These issues prevent narcissists from showing genuine interest in another’s passions or issues that matter to them.

It’s important to note that, especially in the initial stages of the relationship, narcissists may pretend to care about their partner’s feelings or share their interests.

For example, narcissists may lie or drop love bombs on their partners.

Love-bombing is a common manipulation tactic used by narcissists.

Love-bombing involves showering others — including spouses and romantic partners — with intense displays of love and affection. This could look like giving lots of gifts and words of affirmation, as well as pretending to care about the partner’s feelings or share their interests.

Narcissists may love-bomb at the beginning of the relationship, as well as after a fight or argument. This behavior is a way to win the partner over, make them doubt their negative feelings about the narcissistic partner, and discourage them from leaving the relationship.

If you are not sure about continuing in your relationship, consider participating in Discernment Counseling.

Because narcissists have a strong need for admiration, it’s very difficult for them to accept criticism — let alone implement changes based on another person’s feedback.

When a narcissistic person is met with criticism, they tend to dismiss it. They may also respond with sarcastic comments or act as though they’re above the person who delivered the criticism.

In other words, narcissists may exhibit patterns of grandiosity and present themselves as being exceptionally confident. On the inside, though, they’re struggling with severe insecurity that drives their problematic behavior.

When they’re met with criticism, for example, narcissists may be dismissive or act unphased. However, they might internally feel humiliated or enraged that someone has dared to criticize them.

Those on the fence should keep in mind, too, that couple’s therapy has a positive effect on roughly 70 percent of couples.

When both partners are willing to participate, and the counselor is properly trained and credentialed, couples counseling can be a great thing for two people who are dating and thinking about a more serious relationship.

It is very difficult for a narcissist to admit that they’re wrong. They typically have to have the last word and need to be right.

According to Dr. George Simon, a psychologist and researcher into narcissism and manipulation tactics, the main driver behind narcissists’ incessant need to be right is their inflated sense of self. They don’t recognize authority or answer to any higher power, and their resist subordinating themselves to anyone or anything.

Narcissists view themselves as superior to all others — including their spouse or partner. This sense of superiority means they couldn’t possibly get something wrong.

Being wrong and admitting that someone else is right would mean that they’re just like everyone else — and this idea is almost impossible for a narcissist to accept.

Sign 5: They Don’t Want to Change Their Behavior When It Is Harming Another

Narcissists rarely want to change their behavior, even if their spouse or partner explains how and why it’s hurting them.

It can be hard for narcissists to feel motivated to change, in part, because they have a strong need to be right at all times. Wanting to change would mean admitting that they were doing something wrong — which would mean they aren’t superior to others.

Because narcissists have an inflated sense of self, they also may not believe that there is anything wrong with their behavior in the first place. They will place the blame on their spouse or partner and insist that they need to change instead.

Can Narcissists Change Their Behavior?

This is not to say that narcissists can’t change their emotionally abusive, harmful behavior.

While they may not be able to eliminate their personality disorder, they can learn how to change their behaviors and respond differently in their relationships.

Change requires commitment from the narcissist and their spouse, as well as a robust support system, which should include a qualified mental health professional.

Therapists may use several different tactics with narcissists, including the following:

If your spouse is a narcissist, you should also seek individual counseling to gain outside support and care for your mental health.