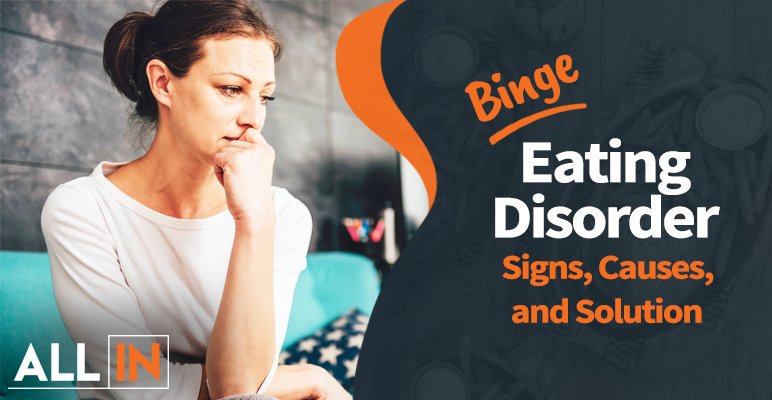 According to the National Association of Anorexia Nervosa and Associated Disorders, approximately 28.8 million people in the United States struggle with some kind of eating disorder, such as anorexia nervosa, bulimia nervosa, or binge eating disorder.

Of all these conditions, binge eating disorder is one of the most misunderstood. This lack of understanding can hold people back from getting the help and eating disorder treatment they need.

To combat these issues, some of the most frequently asked questions about binge eating behavior, symptoms, and risk factors are answered below.

According to the American Psychiatric Association, an eating disorder is a behavioral condition “characterized by severe and persistent disturbance in eating behaviors and associated distressing thoughts and emotions.”

Eating disorders are characterized by severe and persistent disturbances in eating behaviors that often cause weight gain or weight loss. These behaviors are often accompanied by distressing thoughts and feelings around food and a person’s eating habits.

What Is Binge Eating and Is It a Disorder?

The National Eating Disorders Association defines binge eating large amounts of food (larger than what most people eat) within a short period of time. Binge eating is also characterized by a loss of control over one’s eating during that period.

People with binge eating disorder may also engage in other behaviors like skipping meals and then eating a lot of food in a short time frame after going a long while without eating anything at all. 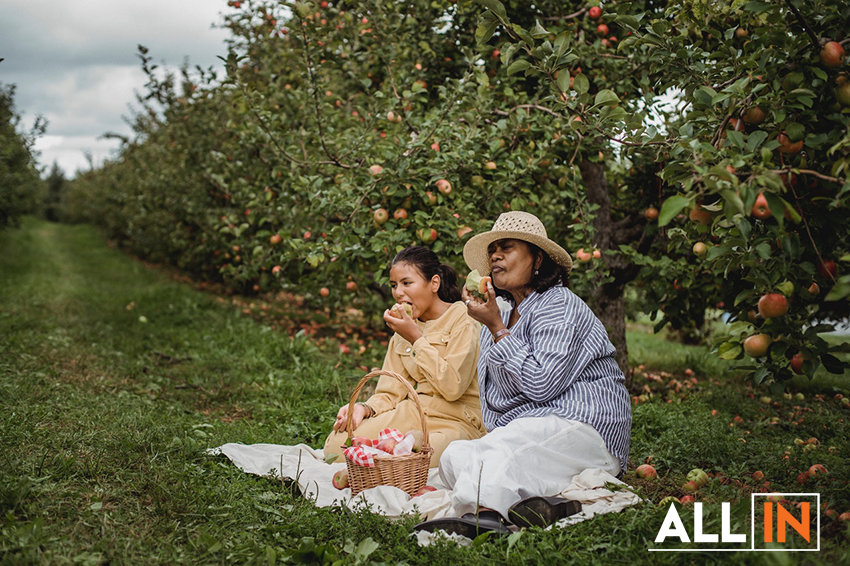 Photo by Zen Chung from Pexels

Does Binge Eating Count as Self-Harm?

When many people think of self-harm, they think of behaviors like cutting. In reality, though, binge eating is an eating disorder, and eating disorders are by definition harmful to the body.

The National Institute of Diabetes and Digestive and Kidney Diseases explains that binge eating disorders can contribute to weight gain and a variety of health problems associated with being overweight or obese, including type 2 diabetes, some types of cancer, heart disease, digestive disorders, and sleep disorders. Mental health problems like depression, anxiety, and suicidal ideation are common among those with binge eating disorders, too.

This study referenced by the National Eating Disorders Association further expands upon the comorbidity of self-harm and eating disorders. It explains that among women who were hospitalized for an eating disorder, 36.8 percent of them had regularly self-harmed in some way.

Can You Be Overweight and Have an Eating Disorder?

It’s a common misconception that one must be underweight to have an eating disorder. While those with anorexia nervosa are often underweight, they are not the only people who struggle with their body image and can develop eating disorders.

According to the Mayo Clinic, those who have parents or siblings with a history of binge eating disorder are more likely to struggle with this condition themselves.

There may be a genetic component that predisposes some people to binge eating disorder. Their likelihood of developing this issue may also stem from seeing family members cope with negative emotions and mental health challenges by turning to food.

People who have a history of dieting, poor body image, and constant attempts to lose weight may be more prone to binge eating disorder than those who have not spent significant portions of their life dieting.

This has to do, in part, with chronic calorie restriction. If a person is constantly undereating, they may find that they’re more inclined to binge and eat to excess when they do finally give themselves permission to eat.

This study published by the International Journal of Eating Disorders also revealed that 73.8 percent of people with binge eating disorder also had at least one other lifetime psychiatric disorder (mood disorders, anxiety, and substance use disorders were most common), and 43.1 percent had at least one current psychiatric disorder (mood and anxiety disorders were most common).

How Common Is Binge Eating Disorder?

According to this study published by Biological Psychology, approximately 1.25 percent of adult women and 0.42 percent of adult men have binge eating disorder. This might seem like a small number, but it still works out to be well over 1 million men and women who are struggling.

Furthermore, this study published by the Archives of General Psychiatry reveals that approximately 1.6 percent of teens aged 13 to 18 are affected by it as well.

How Do You Cure Binge Eating Disorder?

As is the case with other eating disorders, the best treatment for binge eating disorder typically involves multiple strategies, including the following:

Certain medications may also benefit those struggling with binge eating disorder, including the following:

Some people also see good results when they participate in a behavioral treatment program. These programs are comparable, in some ways, to rehab programs for those struggling with drug or alcohol addiction.

Behavioral treatment programs are medically supervised. They provide a controlled environment in which one can lose weight, learn to eat more healthfully, and participate in therapy that helps them to address their triggers and reduce their chances of engaging in binge eating episodes in the future.